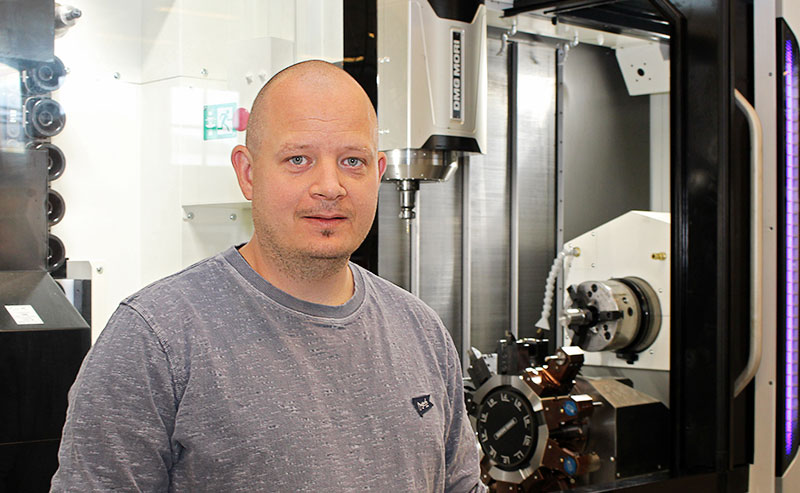 Jonatan Larsson started on May 5th and will work in newly appointed position as Production Leader at the Component Factory.

A new long-awaited role has been added to Sunfab's component factory. It is an Operational Production Manager who will be involved in production, employee support function and the link to quality and maintenance.

This is a new role that has not been around for several years. As until recently Leif, our Production Manager, had the full responsibility. “Now the idea is that we divide the tasks so that I take on more operational responsibility and Leif can work more on the long-term strategy work "says Jonatan Larsson, Sunfab's new Production Leader at the component factory.

Implement Lean
Improvement work is one of Jonatan's first tasks to get his teeth into.
"There is a lot of talk about introducing Lean and maybe also 5S and I will be involved in these. We have, for example, started a training program for all employees and will also continue this in the fall with the intention that this work will result in better order in the workshop” he says.

Increased participation
Another positive effect that Jonatan hopes that the improvement work will lead to is increased participation.
- “Sunfab had a flat organization for many years that we intend to maintain and develop and I believe strongly that everyone can participate and decide. We will be better at finding solutions to the problems closest to the heart of the matter if we involve the operators who run the machines. They have the expertise and knowledge that we should take advantage of” he says.

More operative
Jonathan was employed as production manager at Sunfab on May 1, but the job in itself is nothing new to him. He has had the same type of position in several other companies previously including Iggesund Paperboard, Mekanotjänst and Ericsson.
"The great thing with this position is just the opportunity to be more operational. To get closer to the operators and closer to the production. It is something I longed for in previous jobs as it becomes much more administrative and strategic work.

Positive feeling
And the summary after just over a month at Sunfab is very positive.
“I feel very welcome here. It has been so easy to get into the organisation and it applies at all levels - from the CEO to the operator. It feels like this position has been long awaited and this is going to be really good I think” he concludes.