Investments to increase manufacturing capacity in our production 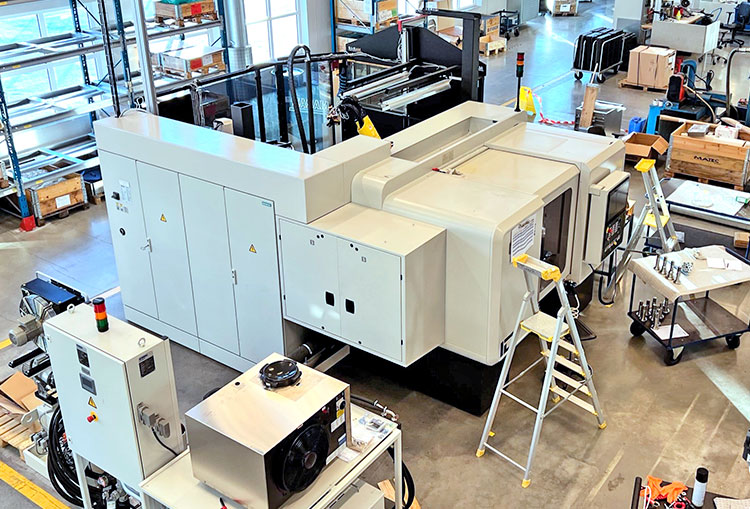 Despite the recent turbulent years in our world, Sunfab has shown strong sales growth in demand for hydraulic pumps and motors. Reinforcements of the organisation in the form of several recruitments and significant machine investments have already been carried out, below you can read about some of the most recent ones.

The new machine for cylinders with associated automation has been ordered and we are expecting delivery in 1 year.

The new machine for sphere grinding with associated automation arrived just before the turn of the year but is not yet in production due to a SAT (Site Acceptance Test) that was not approved. A new SAT is planned to be carried out soon and after that the machine should be in full production.

New measuring machine
A replacement investment is made on a new measuring machine to replace one of the current measuring machines. That machine is of the 1989 model year and has since some time ago lost the possibility of support from the supplier, both in terms of competence and spare parts. The machine is also limited by the fact that it has too small a measuring range, and that it lacks a tool magazine.

With this replacement investment, the measuring room is equipped with two modern coordinate measuring machines from Zeiss, which ensure both capacity and redundancy.

The project has gone according to schedule and the machine has been in use for some time now.

Replacement central tank
We have also made a replacement investment for the current KNOLL central tank, a central facility for filtering cutting fluid for grinding machines for shafts, pistons and spheres. The plant was old and needed to be replaced with a more modern one that has a larger tank and easier handling, which means a more stable and predictable function.

The cutting fluid will also be able to be used significantly longer, which is good from a sustainability perspective, and means reduced costs and less amount of fluid for destruction. The working environment will also be improved in terms of bacteria, mold and smell.

The new plant from LGM has been in full production for some time now.

Long-term investments
Many significant machinery investments like these have already been initiated in recent years and will continue in the coming years. All to increase and strengthen our production in line with our long-term plan to continue to increase our sales volume of high-performance hydraulic pumps and motors.